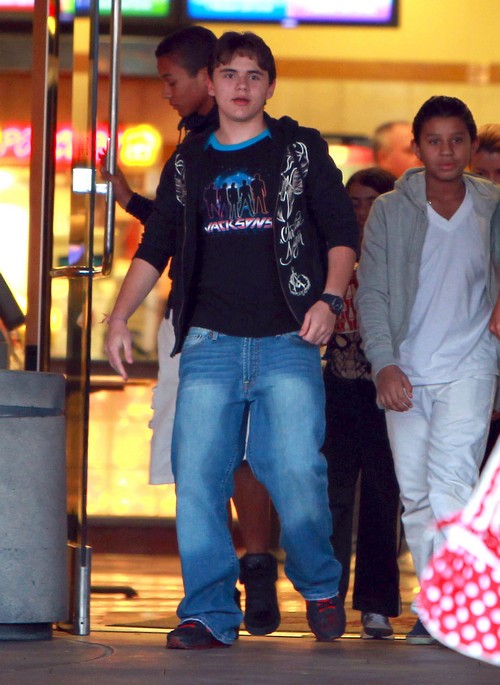 Michael Jackson‘s oldest son, Prince Michael has made no secret of his desire to spend his life working in the entertainment industry, just as his late father did. After he passed away Prince became very vocal about his wishes and now it looks like he is making a great big leap towards bringing his dream to life. The 16-year old is officially one of Entertainment Tonight’s newest correspondents. His first gig was to handle the press junket for Oz the Great and the Powerful and it’s a task that he handled very well. When asked about his aspirations Prince Michael has said,

“I’m looking to become well-rounded as a producer, director, screenwriter and actor.”

How do you think his late father would feel about his stepping into the Hollywood limelight? Michael went to sometimes extreme lengths to keep his kids from being photographed. Their privacy was a huge deal and he was very vocal about not wanting them to lose their childhood to an early career just as he had. If Michael was still alive do you think he’d allow his son to work as a teen correspondent?

I personally think there’s no way his kids would be visible even now that they’re teens. We didn’t even see their faces until his funeral. There’s just no way that Prince Michael would be working in Hollywood or Paris Jackson would be tweeting details of her life! I think that they’d still be kept in their little bubble with no real access to mainstream media.

Should Prince Michael be working as an ET correspondent? Tell us your thoughts in the comments below.