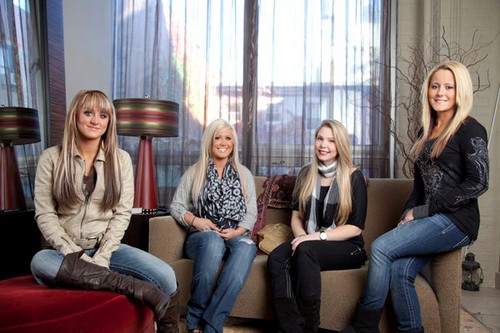 On last night’s Season 3 finale of Teen Mom 2 Dr. Drew sat down with each of the girl’s to discuss what we saw happening in their lives at the time of filming as well as where they are at in their lives now. Chelsea Houska claims to have not had a significant relationship with Adam in over six months. We watched them try to make things work and at one point Adam gave her a promise ring but in the end the attempts failed. Ironically enough Adam admitted to Dr. Drew that while they are no longer a couple they are still hooking up and neither of them bothers to use protection!  Apparently neither would mind another baby bouncing around!

Jenelle Evans, as we all know is a bag of nuts. At the timing of this taping she painted a happy picture of how going to jail changed her. She claimed to be on her meds and living on her own. She also spoke of her (at the time) new man, Gary Head. We all know how badly that relationship ended and if you fast forward to now Jenelle is currently married to yet another guy. Have you noticed that Jenelle’s men are all pretty interchangeable? They all look similar and have shady pasts with a nice criminal record?

Kailyn Lowry might be the only one of this crew that has a shred of hope for a decent future. She and Jo are getting along better than ever and are still sharing the parenting duties over Isaac.  Jo supposedly toys with the idea (and Kailyn’s emotions) of getting back together in spite of having a girlfriend but Kailyn seems to be taking it all in stride.

Leah Calvert is yet another Teen Mom train wreck.  She’s onto husband number two and recently miscarried baby number three. Obviously this girl has major, deep rooted problems and after sitting and talking with her ex, Corey and Dr. Drew, by the time her current husband takes the stage he’s not happy.  He realizes that he really has come between a family that had no real closure before splitting.

All in all it was another shaky season for these ladies. Rumor has it they may not be returning for another season thanks to Jenelle’s bad behavior!  Would you like to see them film season four? Tell us your thoughts in the comments below!