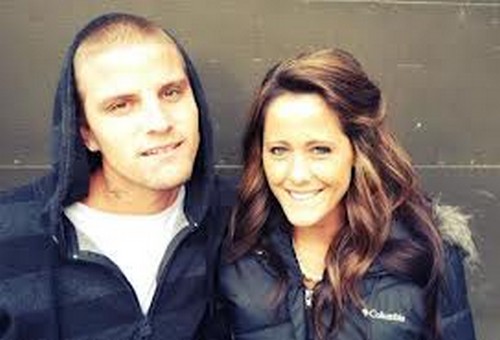 Jenelle Evans and Courtland Rogers may be over, but not according to the state of North Carolina. Hollywoodlife.com is reporting that the volatile couple are required by law to be separated for one year before divorce or annulment papers can be filed. Jenelle’s lawyer Dustin R. T. Sullivan told the website the law is in place to prevent quick divorces. Dustin’s advice to Jenelle should tackle one thing at a time. She should deal with the assault charges she filed against Courtland before thinking of filing for divorce.

Jenelle’s very short marriage ended after she had a miscarriage and she was assaulted by her husband. She filed charges against Courtland on Jan. 23 so that will probably be the date of separation. The couple are in very different places following their separation. Courtland is reportedly in a psychiatric ward. When he is discharged he will have to face the assault charges against him. Jenelle, on the other hand, is reportedly happy and back together with her ex Gary Head. Jenelle may think her life is back on track but there are reports her past is coming back to haunt her. Jenelle was a wild child and her mother was unable to control her. Jenelle’s troubles multiplied as she got older. At 20 years old she has a thick criminal file, a child she barely cares for, and a history of dating men who like to beat women.

The 12 month cooling off period could be a good thing for Jennelle. She has never been able to control her impulsiveness in making life decisions. Perhaps she will learn her lesson once and for all. The question is will the forced separation do her good or back fire? Jenelle’s divorce is not the same as another reality star’s never ending divorce, where time is needed to prove certain allegations are true. Jenelle is in an abusive relationship with Courtland. The physical and verbal abuse by her husband caused Jenelle to lose their baby. In a situation that involves abuse a person should have the right to move the divorce proceedings along sooner rather than later if that’s what the abused person wants to do. The state of North Carolina forcing people in desperate situations to stay together is irresponsible. I understand why this law would be a good idea for a normal couple, but forcing Jenelle to be tied to Courtland for another year keeps her back in danger. No one knows how Courtland will act towards her after being hospitalized and having to face the consequences of his actions. Jenelle’s fragile state of mind will continue to be damaged if she is stressed about how she will finally be rid of this tool and having to be prepared for anything Courtland may throw at her during the divorce proceedings. We will find out the answer in January 2014.