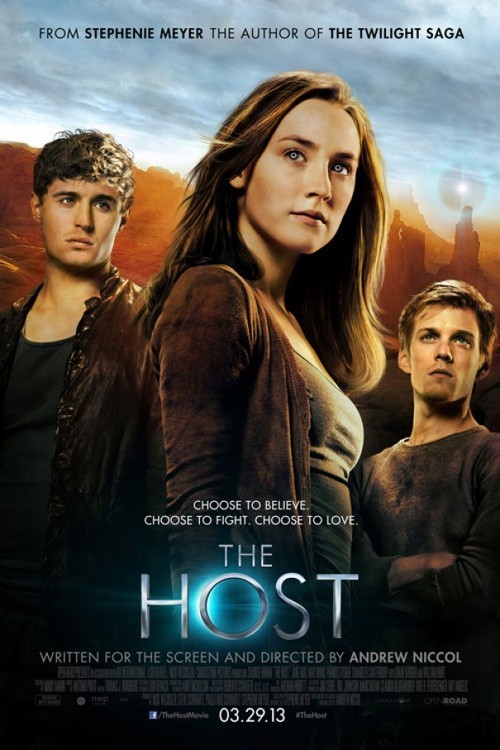 You’d think after penning a super successful book series and then watching it go absolutely gangbusters at the box office would cause an author to absolutely love her topic. I’m really surprised to learn that in spite of all the money, fame and notoriety that vampires in general have brought to Stephenie Meyer, she still prefers aliens! Apparently they are her first true (literary) love and she’s really excited to bring her new project, The Host into theaters on March 29. While vampires are fun do to their super hero qualities, Meyer believes that aliens present an opportunity for more realistic storytelling

Will Twilight fans hungry for a new story to sink their teeth into enjoy the alien spin as presented by Meyer? She recently told The Stir,

“I feel like, if they like my style of storytelling, that is still the same. The story is very different, but there’s always going to be romance. I wrote it, so there’s definitely some romantic scenes. But there’s also some really stellar performances. You’ve got to see William Hurt as Jeb. It’s just really awesome. And Saoirse Ronan — she’s not a household name, probably because no one can read her name right now. They will though. She’s unbelievable. Just to watch her get to do this great of a performance where she has to play two people and really run with that is worth the price of admission for sure>’

If you’ve paid attention to Meyer lately then you’ve already heard tons about Ronan. She can’t possibly even begin to say enough good things about the young actress and I have to say, anything is better than watching Kristen Stewart scowl her way through portraying one of Meyers characters. Will you be heading to the theater to see The Host?  Is it possible for the flick to bomb with Meyer at the helm? Tell us your thoughts in the comments below!