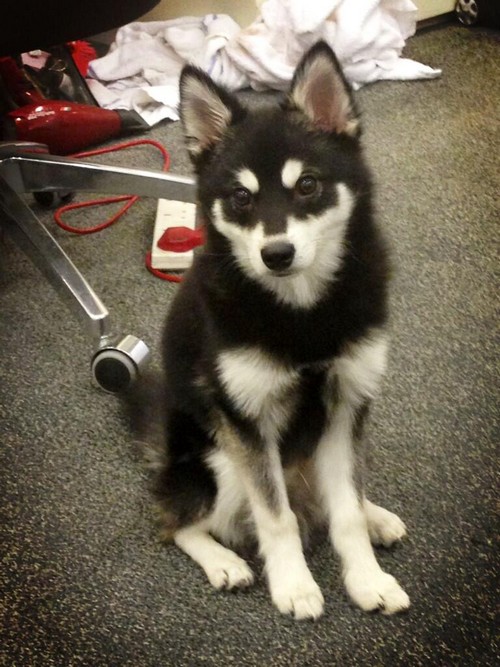 Shocking death threats have been sent to Liam Payne‘s new dog and his girlfriend, Danielle Peazer after the One Direction tweeted the newest member in his family, referring to the Siberian Husky Loki which he had purchased last week. The singer who is currently on tour with his 1D boys would have probably been left shock in the response he received.

After having tweeted to his fans: “Everybody meet mine and @daniellepeazer new dog Loki :),” thousands of angered fans starting tweeting back to the 19-year old, absolutely furious that Liam would buy himself a new dog but wouldn’t want to adopt them instead. Obviously, these are tweets from the very obsessed fans with the boy band who think it’s reasonable to make these kind of threats on the social networking site.

According to DigitalSpy, one person had written: “The dog is not going to see tomorrow if i can help it,” while another wrote. “U were supposed to come back for me liam,” before the hashtag #dieloki – the name of the dog – started trending worldwide at number ten. Pretty crazy to think people can be this cruel.

No comment on Liam’s side as of yet, he’s probably in shock to see his fans be so evil to a dog… because if you think about it, if they were his “real fans” they wouldn’t be abusing his newborn puppy, would they? Another parody account wrote: “I wanna thank Jesus and Buddha for giving me such amazing parents like @Real_Liam_Payne n @daniellepeazer We laugh together&we die together.”