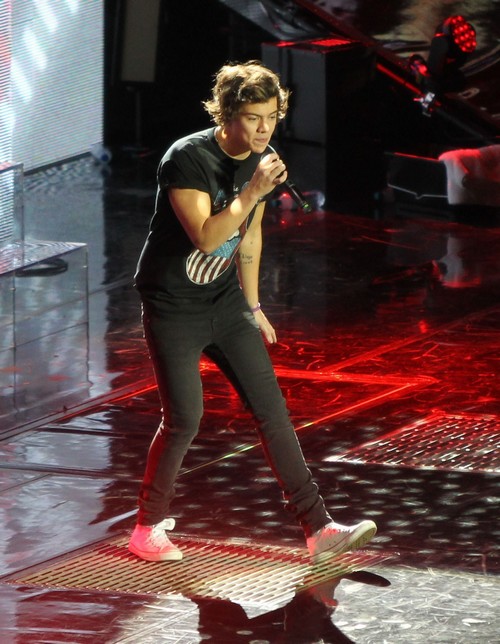 Harry Styles doesn’t seem too pleased upon seeing how Taylor Swift made fun of him in her newest music video to 22. The One Direction member has made sure the country starlet is nowhere to be seen in the band’s upcoming 3D concert movie, despite the fact that Harry planned on showing Taylor in some scenes to show their fans that they truly love each other.

Note that these plans were made before they had even split up, so now that the 3D movie is only months away, the editing stages are starting to come to a close but final tweaks are still allowed to be made, so Harry made sure he erased Swift from the footage so that he wouldn’t constantly be reminded of the singer’s face when he watches it back.

Do you think that’s wrong? We think he made a fair decision; these two are no longer together, so why should Styles give Taylor some kind of publicity through his movie? It doesn’t make any sense, right? A source explained: “During their two-month relationship, producers shot Taylor and Harry in LA and NYC last year, but Harry has ordered that none of it make the final cut.”

“He wants nothing more to do with Taylor,” adds the source. “It was a fling and it’s done. The whole time [Taylor] says she feels like he was looking at every girl and thinking about hooking up.” As sad as it is, Harry is taking the high road by refusing to bash his ex-girlfriend in songs, music videos or any other sort of things that would get some kind of massive reaction from fans. For that, we have to applaud him.