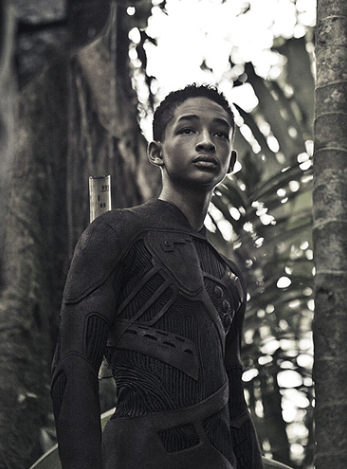 Jaden Smith is reuniting with his father, Will Smith, for the anticipated movie, After Earth. The film is directed by M Night Shyamalan – who is behind the success of The Last Airbender – and with its interesting storyline, we’re sure it’s bound to be another hit for the Smiths.

The film sees a a son and his father stranded on Earth, thousands of years into the future, after their spaceship crashed, killing everyone on board except for them. While Will is seriously injured, Jaden tries to find help, before he realizes that there are dangerous animals around that are eager to get their teeth sunk into his flesh.

It seems to be fairly inspired by the whole Avatar concept, we’d say. However, the bond that Will and Jaden have in this movie is undeniably strong, seeing by the brand-new trailer that the production company decided to share with the fans. Also just released is the poster with both Smiths sharing one side of it, while the slogan for the film states: “Danger is real, fear is a choice.”

This will be the first time these two have worked together since The Pursuit Of Happyness.

The Hangover 3’s Trailer Debuts: Will It Be As Good As The Last Two? — VIDEO

Will Smith Returns To Independence Day in 3D

Will Smith returns to ‘I Am Legend’

Will Smith: Hancock 2 in the Making?