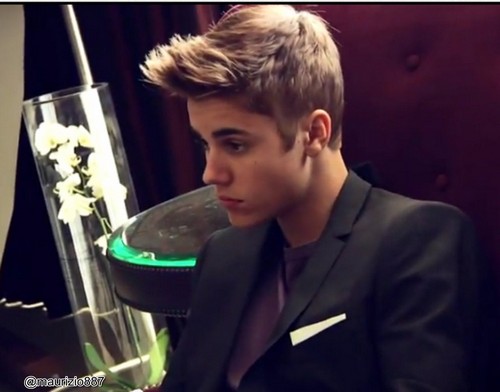 Justin Bieber‘s recent outbursts in London are all because of Selena Gomez, sources say. The singer who dated the former Disney starlet for two years was said to have been heartbroken ever since she decided to leave him. It was reported that Gomez could no longer deal with the fact that Justin kept making headlines for all the wrong reasons; cheating being one of them.

His most recent incident with the paparazzi in London was Justin’s tipping point; he hasn’t gotten over the fact that Selena doesn’t want him back — he has proven that he doesn’t know how to dedicate himself to one girl and therefore can’t have a relationship with her no more.

It’s a fair point to admit that Selena definitely kept Justin in check; when these two were dating, you never really saw Bieber do anything bad or scandalous, but ever since their split, Justin can’t keep away from trouble – it’s almost as if he’s a magnet that’s attracted to everything that could potentially ruin his image. Yikes.

“He was crazily in love with her. She kept him grounded,” an insider told The Sunday People. “She’s been a tower of strength through all the hysteria of being one of the world’s most famous popstars. To lose her was like losing an anchor. He simply hasn’t been the same since he split from Selena. It really broke him.”

Justin is said to be struggling without Selena by his side, mainly because she always knew what to do when he was in trouble or needed advice, the source adds: “They were together for such a long time for two people so young. He hasn’t quite known what to do without her. He is lonely. They kept one another very grounded and understood the level of fame that they both had. Now his friends know that he needs their support more than ever.”

Hopefully Selena will take him back — but only if he’s willing to stop his shenanigans.