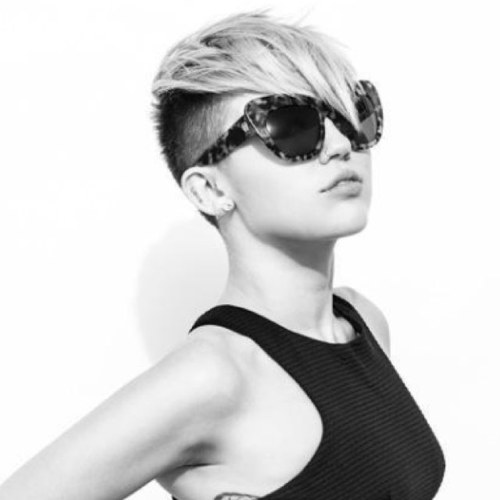 Miley Cyrus believes that once her new album drops, the media will be put to silent. As we all know, Miley has been making constant headlines these last few months after it was rumoured Liam Hemsworth was considering on cancelling their engagement and leaving her for good; the two rarely saw each other and Hemsworth’s love for her started drifting away.

But earlier this week, Miley took the rumors on to herself and settled it once and for all, saying that the stories about her break-up from Liam are totally false, before adding it will all be explained through her music that she’s gearing up to release later this year. The album, which is purely produced by Pharrell Williams, is set to feature many songs that were written by Miley herself; she has gone a whole new direction with this record and can’t wait to silence the critics.

“My new music is gonna shut everyone up,” she wrote on her Twitter page before adding “my fans keep going SERIOUSLY I want this music out as bad as you do! #firstimpression #1 #timingiseverything.” It seemed odd for Cyrus to be back on Twitter that quickly, after she vowed to immediately take a break from social-networking sites to get her head clear from all the drama and lies.

Meanwhile, during an interview last year, the singer shared that her new record is strongly influenced by the music she feels is appropriate for her now that she has a new image and a new attitude: “I’ve been writing and working on my record,” she confirmed. “It’s a good life to live… I can see how people [like Lil Wayne] just make mixtapes constantly, because you get into like that groove where you’re just like ‘I don’t want to get out of my pyjamas today, but I want to go to work. I want to make sick music’,” she explained.