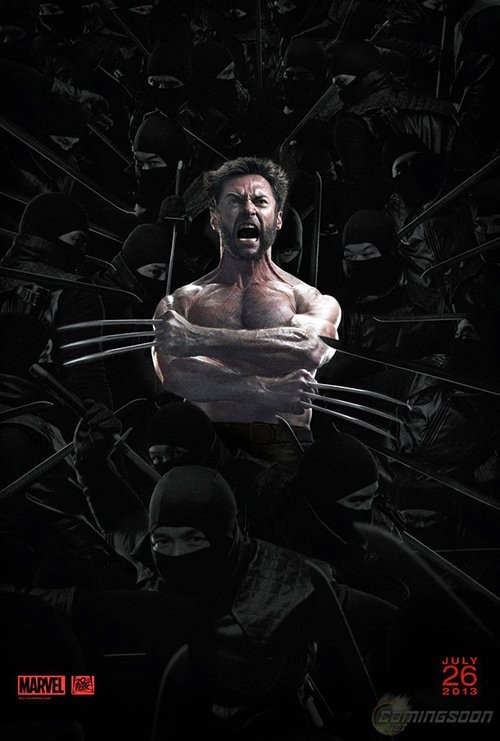 Marvel Comic’s Superhero, Wolverine is just about ready for his film close up. Hugh Jackman is not only ready to bring the character to life again on the big screen but he was also on hand to provide anxious fans with a 20 second teaser over at MTV’s studios.  As for the movies premise it’s pretty simple, following the loss of his memory, James Logan (aka Wolverine) journeys to Japan and must decide whether to embrace the code of the samurai.  Sounds simple enough, right?  Think again. This flick will be as action packed as all the ones before it.

In the quick teaser Logan tells a mysterious man, “What they did to me, what I am, can’t be undone”. Of course he’s talking about being transformed into a type of mutant, a situation that there would appear to be no coming back from. But in this tease a voice from an (as yet) unknown stranger tells him not to be so sure.

Fans of the Marvel Comic series are certainly looking forward to the latest adventure to play out on the big screen. If you are a galpal going with your guy to see it, don’t feel too bad. At least you’ll  get 120 minutes give or take, of Jackmans’ super ripped body to stare at!

Are you an X-Men fan? What do you think of Hugh Jackman’s portrayal of Wolverine?  Does he do the character justice or could the casting have been a bit better? Tell us your thoughts in the comments below!