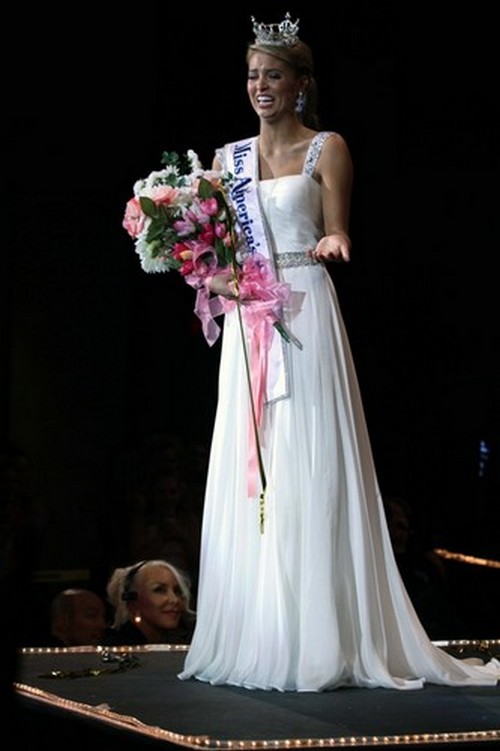 Miss America Outstanding Teen 2013, Rachel Wyatt is having the time of her life ever since winning her crown. The youngster made a live appearance on Good Morning America’s new segment, GMA Live, hosted by Josh Elliott, Lara Spencer and Sam Champion.

After her brief interview with Miss America, Mallory Hagan, Rachel was also seen at the Empire State building in New York City – where she even decided to snap some pictures – before making hr way over to the Brooklyn Bridge and do some sight-seeing. Oh, and that’s not quite all; she also caught the Broadway show, “Breakfast at Tiffany’s”.

Clearly, she’s having a good time in NYC with all this attention and exciting ventures she has coming her way. Before her trip came to an end, Wyatt stopped by the “Miss America & Me” youth leadership where she met 50 aspiring girls who would want to be in the position that Rachel is in at some point during their teenage years. She was just there to let them know that hard work and consistency is the key to be successful. Good advice.

Okay, so she’s a smart girl who’s having the time of her life, but she’s definitely doing a lot now that she has so much to look up, Rachel better not overwork herself. We’re happy for her succes, and hope she continues to do well — by the looks of things, she’s currently doing an amazing job.