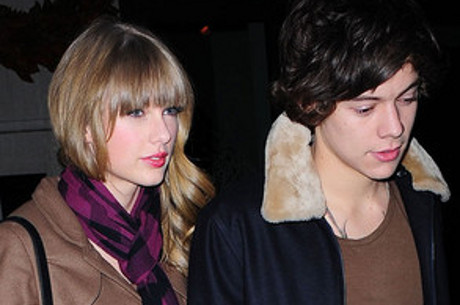 Taylor Swift has debuted her new music video for her latest single ’22’ and it’s clear that she’s going in for the kill on her ex-boyfriend Harry Styles. The video is very much focused on the One Direction star as she’s seen on the beach with a group of friends, most likely trying to reenact the scenes in What Makes You Beautiful while she also rocks the same beanie Harry is always seen wearing.

Taylor then continues to show off her cheeky side by wearing a t-shirt that states ‘Not a lot going on a the moment’, meaning that she couldn’t really care less about the drama between Harry, the media and her. It doesn’t even seem to bother her, is the message we’re getting from the shirt,- pretty funny and cleverly done, we can’t deny that.

Swift then has a karaoke afternoon with her friends, which is actually also what the two did back in December when they were spotted in New York singing to songs and dancing to their own songs. What is Taylor trying to tell us with this? Is she not over Harry yet, and therefore felt like she needed to feel his presence to get through the video shoot. Ha. Or, she’s just looking out to get revenge?

Whatever it is, she looks stunning in the video and whatever tricks she has up her sleeve are definitely working. See the controversial video below: