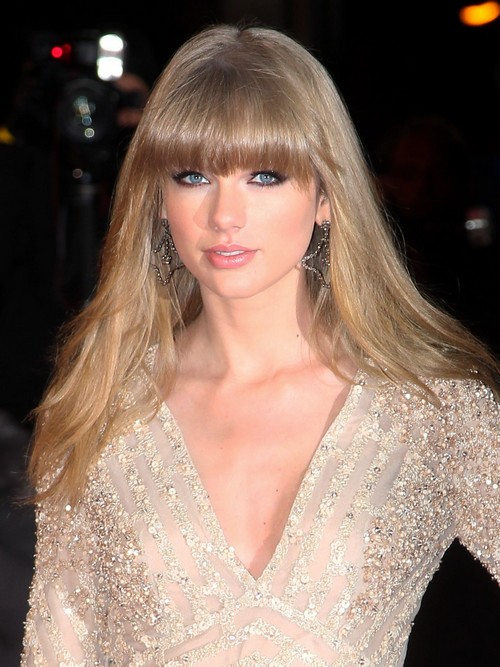 Who knew Taylor Swift was a die-hard hip-hop fan? The country singer says she’s obsessed with the honest, truthful – and sometimes – painful stories that are told through the mouth of someone who had been in that particular position. Her favorite hip-hop songs come from artists such as Nicki Minaj, Eminem, 50 Cent and even Tupac! Wowza.

During her recent interview with InStyle magazine, the 23-year old shared that she would be more than happy to duet with any known rapper that wants to collaborate with her. But the question didn’t end there; when asked if she would sign on to do a track with Eminem – now that he is currently recording his newest album – the starlet replied, saying: “I love hip-hop so much. There’s something so honest about it.”

“Nobody wants to hear me rap but I’d sing a chorus for someone for sure. I would sign up for that in a heartbeat.” Two years ago, we heard Taylor Swift rap to Nicki Minaj’s smash-hit, Super Bass, which made the song become incredibly popular, so in all fairness, she can consider herself a successful rapper, too. She gave Nicki the platform she has today… thanks to her rapping skills. Ha.

Meanwhile, Taylor has confirmed her next single of her multi-million selling album Red is said to be the very anticipated song ’22’. She has already filmed the video for it, so that must mean it’s going to hit iTunes in the next few weeks or so. Maybe Eminem will do a remixed version to the track before it goes on sale to create a big buzz. Hmm, we could definitely see Taylor work with Eminem on something similar to what he did with Rihanna on ‘Love The Way You Lie’.