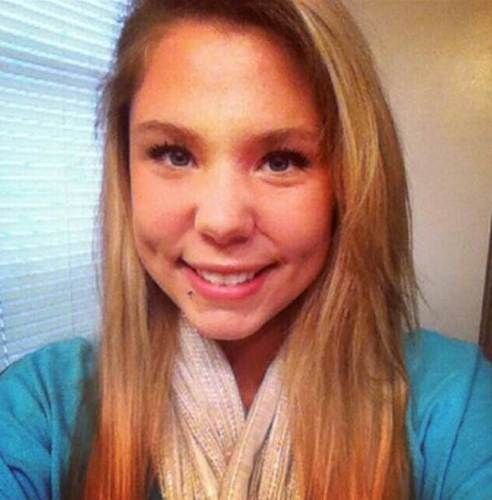 Teen Mom starlet Kailyn Lowry has hinted that her previous relationships didn’t work because money seemed to have gotten the better of them. The reality star who allegedly makes $10,000 an-episode on the MTV hit show seems to have hinted that she has dated people who were only dating her because they were interested in how much cash she was bringing in as opposed to loving her for who she is.

Kailyn has since found a genuine guy named Javi who she plans to wed sometime this year,- her tweets from yesterday proved that he is a good fella who isn’t running after her money, before adding that she has never been happier. “I don’t think life could get any better at this point,” Kailyn tweeted before adding, “Money ruins relationships! #cutoff.”

Though she may have just felt like saying that money can affect a relationship after reading something on the internet, but knowing Kailyn, when she falls in love for someone, she loves hard and when her heart gets broken, she isn’t going to stay quiet about it. But, seeing that she is in such a good place in her life, we don’t understand why she’d bring this sad part about her life up in a tweet.

Let the bad memories fade away and focus on the good ones instead. MTV is set to air the Teen Mom’s wedding as a special episode of the series,- oh and we’re hearing that she could be looking for twice the amount of money she usually an-episode to have her wedding aired on television. That should certainly cover the cost for her child to enrol in college. Ha