The Hangover 3’s Trailer Debuts: Will It Be As Good As The Last Two? — VIDEO 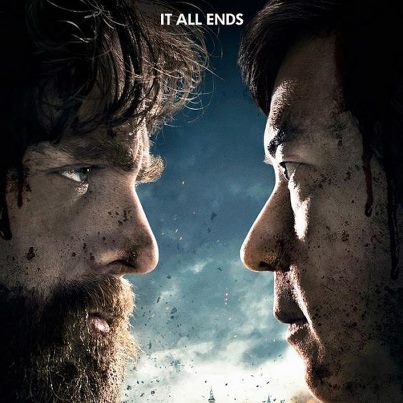 Ed Helms,  Bradley Cooper and Zach Galifianakis all return for the third and FINAL instalment of what has become one of the successful comedy movies of the decade… The Hangover 3. This time, the storyline is still wacky, but remains to bring the laughter to its audience as it sees Phil, Alan and Stu take on a road trip to Vegas where obstacle – once again – stop them from having the great time they had planned on.

The movie is scheduled to hit cinemas on May 24th, but left fans wondering why the production team waited so long before they would unveil the trailer to the movie. According to the people on the set, they had only recently wrapped up shooting scenes for the film seeing that several clips went missing, so they had to be shot again. Nevertheless, the movie looks exciting and the buzz will still get around.

As for the cast members, Justin Bartha, Ken Jeong, Jamie Chung, Heather Graham and Mike Tyson have all signed on to reprise their roles in the movie. It would have been stupid to bail out on Hollywood’s biggest comedy movies in a decade, critics say. Thanks to the amazing director, Todd Phillips who knows a hit once  visions it. Ha.

Meanwhile, posters for the movie have also been released, with its funniest one from earlier this week, which sees two characters come face-to-face with each other as they spoof Harry Potter and the Deathly Hallows. Though everything we’ve been seeing is hilariously funny, we’re gutted that this time around there’ll be no bachelor party to celebrate and no wedding. Aww man!

We’re sure it’ll still be as entertaining as ever though. Are you pre-ordering your tickets to see this movie? If yes, why?

Justin Bieber Collapsed During His Concert But OKAY NOW!