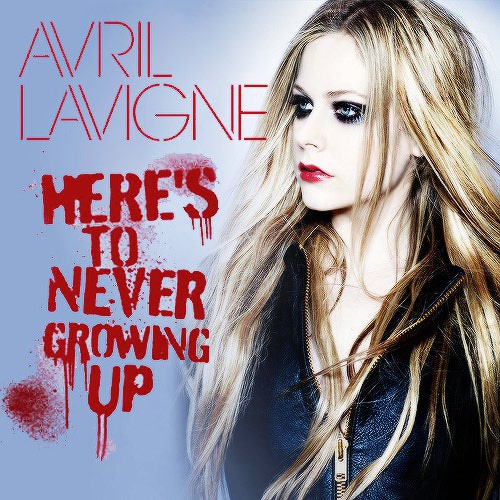 Avril Lavigne has unveiled her latest single, Here’s to Never Growing Up and it’s fair to say that she has another hit in her hands. The 28-year old, who notified her fans that the single was now on sale via iTunes, co-wrote the song with Boys Like Girls singer, Martin Johnson.

The song sounds very much like her previous singles, Complicated and What The Hell.  Athough it’s not really anything new from what the singer has already offered her fans, it’s nice to see her actually make a comeback.  Avril took a two year break from music to focus on her relationship to Nickelback singer, Chad Kroeger – who she became engaged to last year.

Lavigne’s latest track was immediately released by the record label after it was leaked online on Monday evening, which saw a huge increase in illegal downloads. Could this potentially mean that the song will not end up being as successful as it should now that so many people got it for free? Simple answer: Yes!

It’s a pain in the butt to have to see your song being leaked by hackers as it drastically affects the sales of the track, but it happens to pretty much everyone these days. Remember when Rihanna’s entire album leaked a week early but still managed to go number 1? Anyway, Avril posted a snap of herself on the set of her new music video — the background in the photo gives fans the hint that it has something to do with a Senior Prom, hence the big title which reads ‘Senior Prom’ in the back. Ha.

Lavigne has yet to announce the name of her fifth studio album, but it’s already being guaranteed that it’ll be out sometime this year. Her last record, Goodbye Lullaby didn’t too bad at the Billboard Hot 200 as it peaked at number four in the States, but only number nine in the UK.