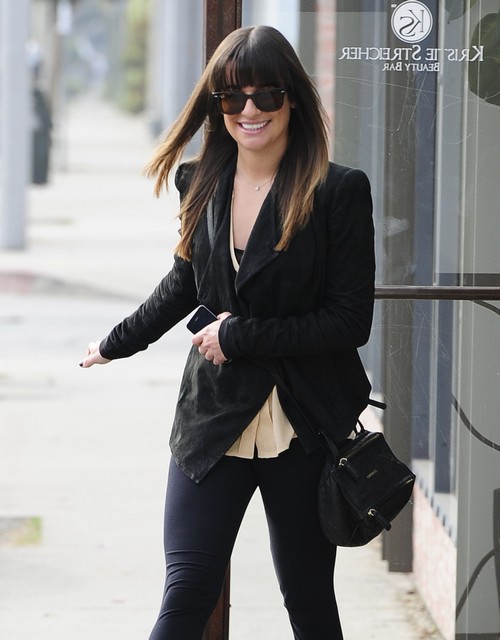 Lea Michele has teased millions of GLEE fans by saying there will be a lot of surprises yet to come as the show reaches its final episode. The cast were recently given the scripts for the last episode of the season, and Michele seemed to have been one of the first to confirm that she would definitely be appearing in it.

However, we weren’t expecting for her to say that a lot of things are going to happen that would shock viewers. In our mind, this instantly means someone dies, or someone leaves the show for good — we’ll go for the second one, just because FOX is a friendly network and killing off a character would probably cause too much backlash for producers to handle.So what did Lea have to say about the final episode of Glee? Earlier today, she took to Twitter to drop the very surprising news, tweeting: “Just finished reading the final script of #Glee for this season! So many shockers and huge cliffhangers!” We’ve already established that her off-screen boyfriend, Cory Monteith will not appear in the episode now that he’s seeking treatment in rehab, so if she considers this “shocking” then we’re already one step ahead of her.

But, let’s not forget that non of the current cast members have confirmed their return to the show’s fifth season later this year, which would give the show’s creator, Ryan Murphy, a great chance to leave the show with the so-called cliffhanger that Lea refers to in her tweet. Last year we learned that Rachel was leaving McKinnley High for a shot at musical theater in New York – probably the best final episode of any season the show has produced so far.

We all thought Lea wouldn’t return to the show, but then season 4 came along and we find out that she was still a regular, just in another city. Who knows — maybe the entire cast fly out to New York and film an entire series in the Big Apple? Hmm… okay, maybe not! Ha.

Teens Will Be Able to Get The Justin Bieber Debit Card