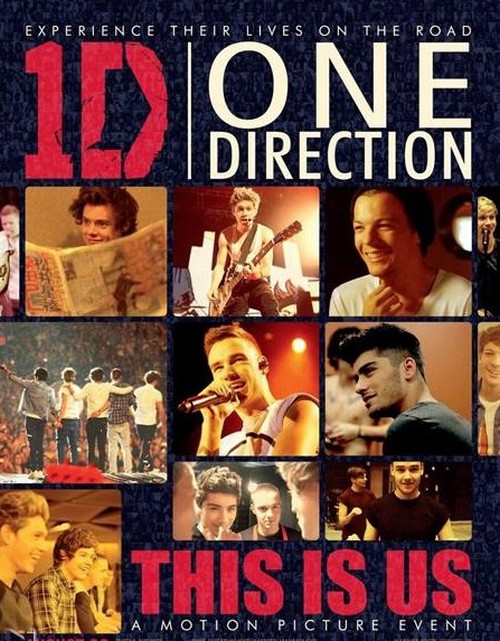 If you’re a One Direction fan, you better contain yourself because the band have finally released their official poster for the upcoming movie, One Direction: This Is Us. The concert film, which purely focuses on the youngsters’ road to success, was first announced back in November but no other information was given at the time.

However, now that we’re gearing up to the release date – August 30th – the production company has been treating 1D fans with everything they have been waiting for. We’ve already been treated to one trailer, but it didn’t feel complete until the poster was released — well, here you have it!

The ad sees the One Direction boys in several different shots as they perform in front of thousands of screaming kids as they prepare for their first headlining tour in the United States at no other than New York’s Madison Square Garden. It’s fair to assume that Harry, Louis, Zayn, Niall and Liam were perhaps inspired by Michael Jackson’s movie, This Is It, also a concert movie which showed the last moments of the King of Pop before his tragic death; it shares a similar name and the plot is quite the same.

The poster was ‘coincidentally’ released yesterday, which happened to have been the day the five-some celebrated their 1000th day together as a band since their journey on X Factor just over two years ago. Harry Styles had tweeted: “Just noticed #1000daysof1d! This is amazing, thank you all so much for all your support.. That’s a lot of days. We love you .xx”

Make sure you catch One Direction’s concert flick in cinemas, August 30th.