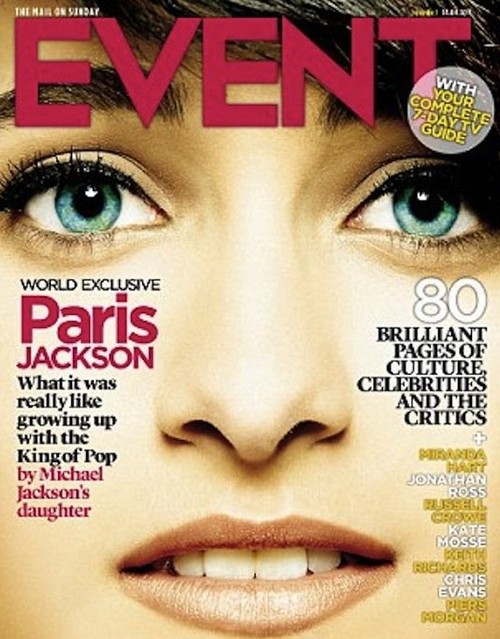 Paris Jackson looks absolutely stunning on the cover of Event magazine, which marks the first time that the 15-year old has ever graced the front page of a mag. Though it might have been the first time, when it came to opening up about her childhood, her fond memories of her father Michael Jackson and her career plans, Paris had a lot to say.

Ever since the death of the King of Pop, the teenager has been trying to find herself as an individual since she was so close to Michael, but though he may no longer be around, his presence still exists through Paris, that’s for sure. In the exclusive interview, she shared that once she becomes an adult, she plans on bringing back the Neverland ranch to what it was when she used to live there with all the joyful rides and candy stores.The ranch, which Michael had purchased over a decade ago was put in foreclosure twice due to his crumbling finances — he now only owns 12% of it, leaving the rest to Colony Capital LLC who bought the loan a couple of years ago. Jackson says she cried when the ferris wheel was taken down as part of the foreclosure, saying: ‘It’s beautiful there. It still has good energy.’

Paris’ net worth is believed to be around $200 million and as soon as she gets her hands on some of the cash, she says she’ll rebuild the home and use it for a place that underprivileged children can come to visit. In other words, everyone! Ha.

Michael wasn’t left out in any questions of the interview. Paris could only praise her father’s parenting skills when she shared: “He was an incredible father. We all loved him to death. He’d try to educate us as much as he could and was always looking out for us. He was very protective.”