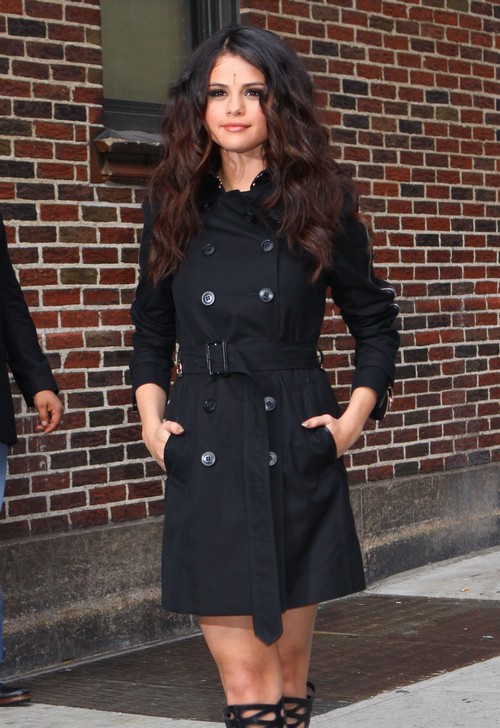 Young Hollywood stars seem to have everything handed to them but they are still like you and I in a few ways. Selena Gomez did an interview in NYC this morning and in it she admitted to having a crazy crush on Ryan Gosling. “I’ve not met him yet. I’ve seen him on an airplane… and I freaked out so I didn’t even… I don’t even think he saw me.”

It’s cute to think of Selena, in that moment reacting like millions of other young women would have. Here’s the interesting thing though. If Selena would just step over that mess at her feet that is Justin Bieber, she could easily bag a guy like Ryan! It sounds like it hasn’t even occurred to her that the Ryan Gosling’s of the world really aren’t out of her league. She just needs to build up a bit of that confidence and it’s something she says she really is working on.

Selena is aiming to make her new 56-city tour into a more sensual experience, both for herself and her fans. She told ET that she views a sensual performance as one that is super confident and so she is working on really understanding herself as she transforms into a stronger woman.

That transformation has been helped by a dip into Bollywood inspired costumes. Her lead single off of her new album, Come & Get It, has a slick tribal feel and Selena kind of fell into that sort of groove to promote it. She went for Bollywood costuming, makeup and lost herself in a book on chakras to better understand how these authentic performers bring the sensuality to tribal-inspired performances.

Perhaps if Ryan saw Selena in full performance mode she would totally catch his eye! Is it time that Selena’s love life got a huge upgrade? Tell us your thoughts in the comments below!