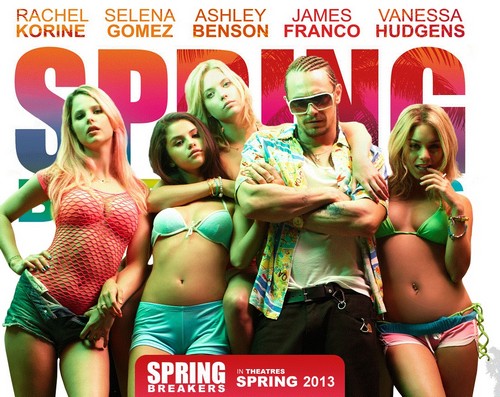 Did you catch Selena Gomez‘s new movie, Spring Breakers over the week? No? Neither did we, and neither did anybody else after having looked at the sales of the film starring Ashley Benson and Vanessa Hudgens. Get this, the Disney starlet is embarrassed that this particular movie which she shedded her good girl image for, has drastically flopped at the box office.

In fact, Selena is even considering taking back Justin Bieber now that she fears her career won’t survive without her beau by her side. According to sources, she’s gearing up to release her forthcoming album but may now reconsider putting it on shelves after the flop of the film — she now feels that people no longer like her the way they did before.

Official box office reports that Spring Breakers has taken in a total of $10 million after nearly TWO WEEKS since it hit cinemas, and worldwide it has made $12 million. So, clearly nothing is going well here. Other reports also recently surfaced, claiming that the former Disney star had already thought about taking Justin Bieber back if the movie ended up flopping.

Gomez left Justin back in January after his weed scandals and cheating accusations were becoming too much. Too many girls were popping up out of nowhere claiming they had some kind of affair with the 19-year old, and Selena wasn’t too fond of it. She’s not forgiving either, unless it comes to her career by the looks of things.