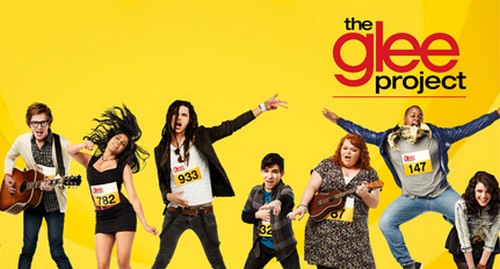 The Glee Project isn’t canceled just yet, it has been revealed. After a pretty poor season in ratings, it was being reported that the show would most likely end up facing the axe at the end of the year to make space for a new talent show on the Oxygen network.

Now, we all know Glee is super popular on FOX. So why is it that people are not liking TGP as much as the teen hit show? Well, it could be for many reasons — we already have one version of the program and certainly don’t need another, and most importantly there are so many talent shows on many different networks these days that people are just getting sick and tired of hearing people sing another song.

That’s just how we feel, and by the look of the decline in ratings, so do many other people. But wait — that doesn’t mean we necessarily want the show axed; it still attracts a wide range of young teenagers, it’s almost a spin-off to Glee so if you didn’t get enough of the latest episode, you can pop on over to Oxygen to get some more. Haha! But still, if a television network feels the show isn’t up to their standards it gets canceled.

Fortunately, a spokesperson for Oxygen has confirmed that TGP isn’t facing the chopping block just yet, writing: “The Glee Project has not been canceled,” which has us puzzled because Oxygen usually get rid of any shows that fail to gain anything below the 1 million viewers mark. But, we assume that they have as much faith in the show as we do – if the program goes on for another season they may have to switch it up a little so that people get to enjoy watching it more.

What would you like Oxygen to add to their downfalling show, in hopes that it can get back on track?