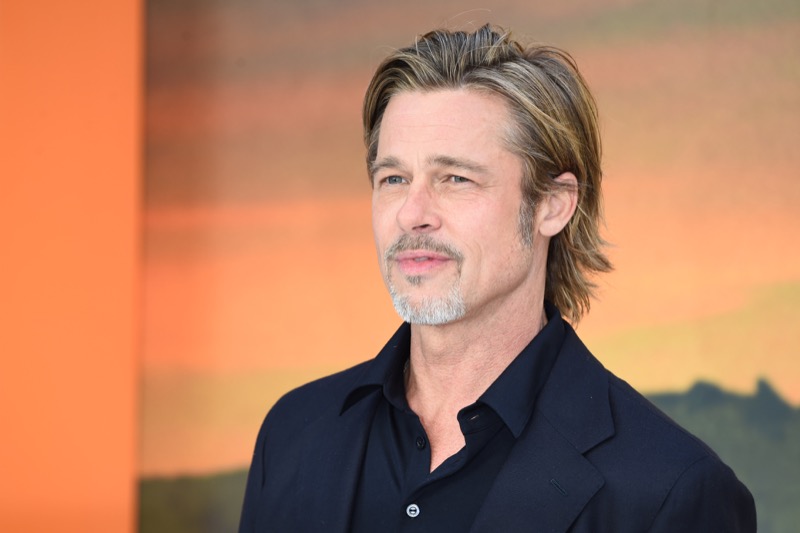 We’ve heard for weeks about Angelina Jolie and how her medical crisis has pulled her entire family closer together. Eventually somebody had to go back to work though and it looks like Brad Pitt was more than happy to do so. His hotly anticipated flick, World War Z, which is about a race to defeat a zombie paramedic sweeping the entire globe, is set to hit theaters on June 21st.  Brad decided to pull out all the stops and hold a huge and star-studded screening at Museum of Modern Art in NYC.

Brad had a stellar line up of guests that came out to catch a first look at the horror film.  Bruce Willis, Morgan Freeman, Oliver Stone, Kevin Bacon, Sting, Trudie Styler, Kyra Sedgwick, Jimmy Fallon and Darren Aronofsky were just a few of the big names that turned out for the premiere.

Brad left his own party at 10.30pm and headed over to New Jersey, where he made a surprise appearance at two fan cinema screenings. Brad told the crazed crowd: “We can’t do it without showing it to the people we made the film for. You gotta do a screening for the fans. So we decided no better place to do that than New Jersey.”

I’m going to bet that World War Z does really well once it hits theaters. Shows like The Walking Dead have made the idea of a zombie apocalypse super popular and the fans seem to flock to anything at all zombie related right now. This flick can’t possibly miss the mark!  Will you be heading to see for yourself when World War Z drops on June 21st? Tell us your thoughts in the comments below!

True Blood Season 6 Teases That No One Lives Forever (VIDEO)