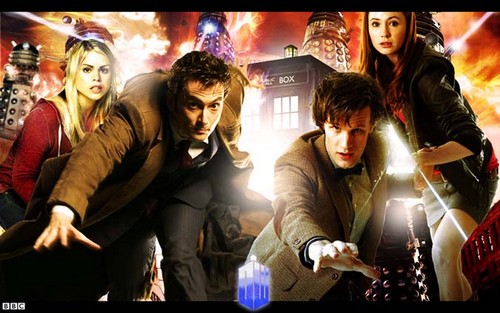 BBC confirmed that Doctor Who is coming back for Season 8.  The show’s lead writer and executive producer, Steven Moffat, has revealed he’s already plotting a brand new run of adventures for the Doctor.

Matt Smith, who has played the Doctor since 2010, said in a recent interview that he will return for season eight.  Filming is expected to start in late 2013.  Matt told TV Magazine, “The new season will either start filming at the end of this year or at the start of 2014.”

I don’t know about you, but I cannot wait to see what happens in Season 8.