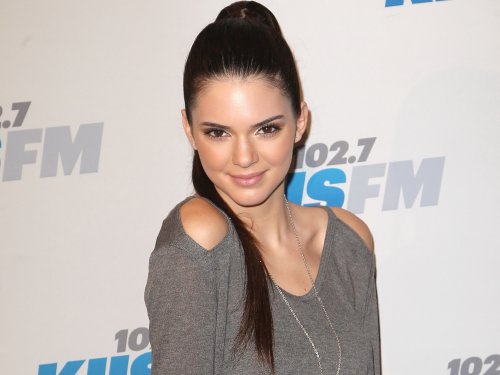 I’ve never really had an opinion on Frances Bean Cobain, until right about now when I instantly decided that I like her. Kendall Jenner is not the brightest bulb in the strand. She is pretty, is minted in the Kardashian brand and chooses to make her money by passing on real food in order to walk the catwalk. Some celebs know that they have it good and somehow remain grounded in that reality in spite of being so privileged, but not Kendall. Instead she took to her Twitter yesterday to complain about having such a rough life.

Girlfriend seriously tweeted that she wished her life was easier and guess what, Frances took aim and fired at her saying,

“Oh ya, not to mention, CANCER, famine, poverty, drought, disease, natural disasters, Death,” she continued. “F**k, Humans are so self involved.”

Bam! I know that Kendall is still quite young but really, of all weeks to complain about her spoiled rotten existence! People lost their homes, jobs and family members in Oklahoma and so complaining about a bit of inconvenience or drama is almost taboo. I’m so happy to see that another celeb rich kid is the person who called Kendall out on it too! Sure Frances may have not have come from the most stable environment, but this is one grounded girl that is in touch with reality. That puts her miles above Kendall in my book.

Do you think that Frances over reacted? Should she have slammed Kendall as hard as she did, or is it about time that someone stated the obvious. Tell us your thoughts in the comments below!