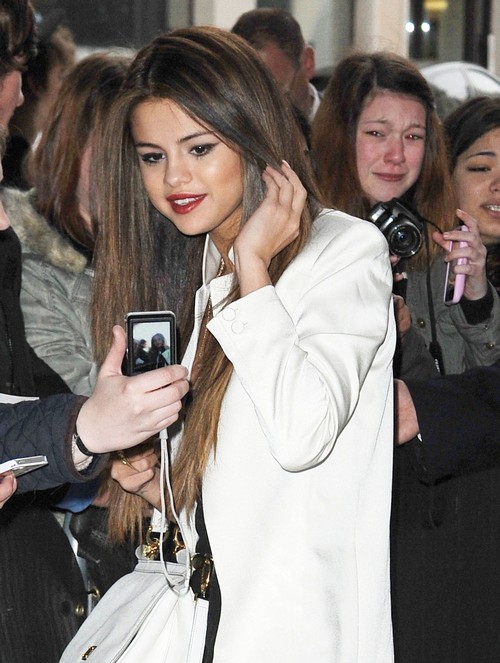 Miley Cyrus is officially back on the market and there’s one person in particular that isn’t too thrilled about it! Selena Gomez caught wind of the fact that her on/off/whatever boyfriend Justin Bieber invited Miley to his house on May 25th and she freaked out. It seems before Selena and Justin were officially a couple he and Miley had hooked up. Selena has never been tight with Miley and in many ways the two ladies have been each others biggest competition.

Selena laid down the law and pretty much forbid Justin from having anything to do with Miley now, but is that even fair? If Selena promotes herself as single then she really has no right trying to control Justin! His dalliance with Miley was a fighting point for the couple over the years because Selena couldn’t stomach the thought of him with her.

This relationship has gone long past the point of dysfunctional. Why the heck is Selena trying to control the actions of a supposed ex that cheated on her repeatedly?  Isn’t it time to just move on already? I used to think that Justin was the clear cut screw up here but now I’m just baffled by Selena’s decisions. What the heck is wrong with her to keep going back for more drama with Justin? Doesn’t she realize that she deserves better, yet?

As for the thought of Justin and Miley- well of course he gravitated towards her! They are both going through an attention-seeking and rebellious phase! They are, in this moment, a perfect match, don’t you think? Tell us your thoughts on Justin and Miley in the comments below!