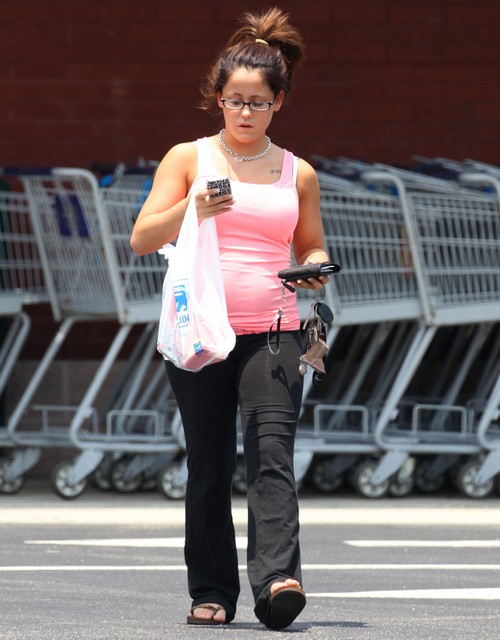 I guess Jenelle Evan’s is sick of Farrah Abraham stealing all of the dysfunctional Teen Mom press and so she took it upon herself to let the world know that she’s not in jail!  We do all kind of expect her to be there, don’t we? Anyway, she decided to take off on vacation with her mother and rarely seen son, Jace.  She checked her legal schedule and thought it was a good time to leave town. After the family packed up and drove 6 hours away her attorney tossed her a text, reminding Jenelle about a court hearing.

You can just imagine how ugly that car ride back was as Jenelle played beat the courtroom clock- and eventually lost, as she explains in her blog.

“Half way home to court, my lawyer calls and tell me, ‘Well, they closed court early at 1 p.m. and they said they are charging you with a FTA and $1,000 secure bond.’ I’m like, Are you kidding me? I’ll get to court before 4 p.m. when it’s REALLY over with.’ And he just told me that I had to hand myself in, bond out, then they will drop my charges,” she recalled. “I have no idea why in the world they did that to me to make myself end up in the media again for the wrong reasons.”

Let’s be real here. If Jenelle really thought she made headlines for the wrong reasons then she would want it to go away rather than publicize it all. One photo snapped of her out and about would prove she is free, no comment necessary. Jenelle thrives on the attention her bad behavior gets. She needs to be relevant, anyway possible.