True Blood Season 6 Teases That No One Lives Forever (VIDEO) 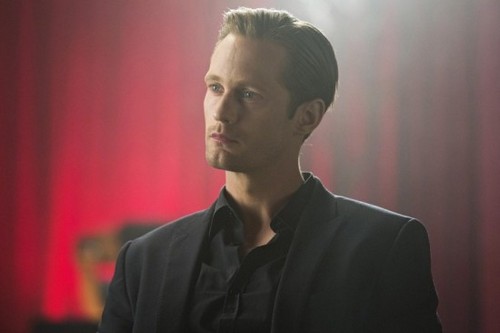 True Blood has just dropped their season six trailer and let me tell you, things are going to heat up really fast! Arliss Howard has signed on to play Governor Burnell and his character is spearheading a plan to get rid of all vampires and to take back the streets once and for all. He demands that all vampire run businesses be shuttered and suggests that everyone should own a gun with lots of bullets. HBO teases at the end of the new promo by saying No One Lives Forever.

They have also kicked off a new Twitter and Instagram campaign that’s encouraging viewers to #ShowYourFangs. Tweet or Instagram a photo of yourself using #ShowYourFangs to tell the world that you stand with the bloodsuckers. Visit ShowYourFangs.com for more info.

The battle between humans and vampires kicks off on June 16th at 9PM, when we’ll get to see just how serious the new governor is about annihilating the vamps! In the meantime, will you be showing your own fangs in support of the show? It’s cool that HBO is trying to get the fans on board to help build excitement, isn’t it? Are you super-excited that the new season is almost here? Tell us your thoughts in the comments below!