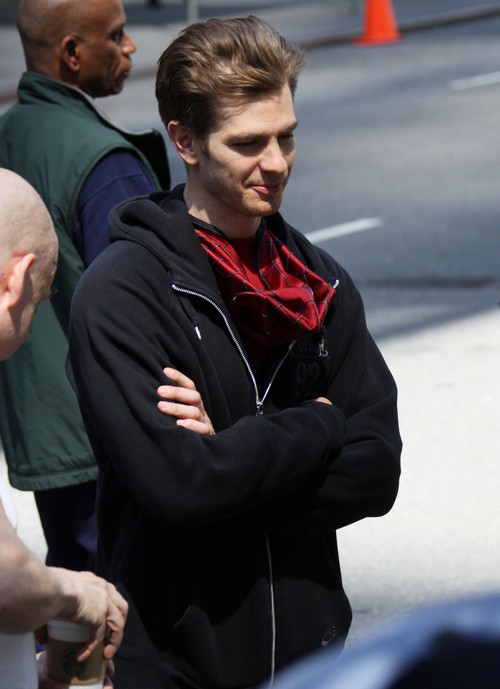 Andrew Garfield will be Spider-Man forever and forever and ever. Actually no, he’ll just be Spider-Man for three more movies and five more years. Is that better? I suppose he won’t have to worry about financial security for the foreseeable future, but you’d think an actor of his caliber would be worried about being pigeon-holed by this one character.

I mean, Tobey Maguire has been typecast since his Spider-Man days, and he only starred in three Spider-Man movies – Andrew Garfield will be starring in four. But that being said, Andrew is a much better [or maybe more diverse] actor, and if he keeps his choices as interesting as they’ve been in the past, then he won’t have to worry about typecasting.

You know what’s interesting about this? They’re being very careful about making sure that they don’t mention any other actors’ contracts. So why no Emma Stone?  Well, spoilers [BIG BIG spoilers ahead].

Emma Stone’s character, Gwen Stacy, dies in the comics and the filmmakers have pretty much admitted that they’re sticking to that storyline. Stone’s already been spotted filming her rumored death scenes, and they’ve already brought in Shailene Woodley as Peter Parker’s next love interest, Mary Jane Watson. Either way, we’ll find out for sure next summer, when the next Spider-Man swings into theaters.