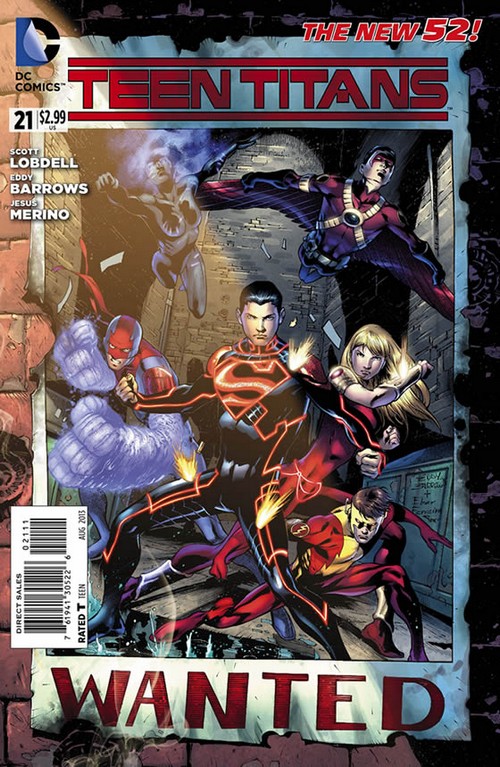 DC Comics never fails to impress us with the sneak peek they give to us before we decide whether or not we want to buy the comic, which we always do! Ha. This time it’s no different as ‘Teen Titans’ issue number 21 is gearing up for sale, and the storyline is as captivating as ever as Red Robin leads the group to face war against the sons of Trigon.

The Trigon brothers are desperately trying to get their hands on Raven and captivate her, but of course with the power of five, that’s likely not going to happen… or is it? The text on the second page of the issue kind of gives away that something tragic is about to happen: “Something is very wrong with Red Robin … and he’s about to prove it! Can the rest of the Titans stop this tragedy? Or is it already too late?”

Or maybe they’re just trying to fool us into thinking that there’s some tragic occurring somewhere at the end? Either way, we’re intrigued to get our hands on a copy and find out for ourselves once and for all: is Robin going to be able to stop the sons of Trigon and what in the world will happen to Raven — can she fight alongside her alliance and defeat the baddies?

The comic will go on sale on June 26th, and four pages of the issue have already surfaced on the internet to tease fans on what they could expect. Expect some dramatic story-lines thanks to writer Scott Lobdell while the amazing artwork created by Eddy Barrows and Eber Ferreira is sure going to blow your socks off!

Make sure you catch the 21st issue on sale later this week.