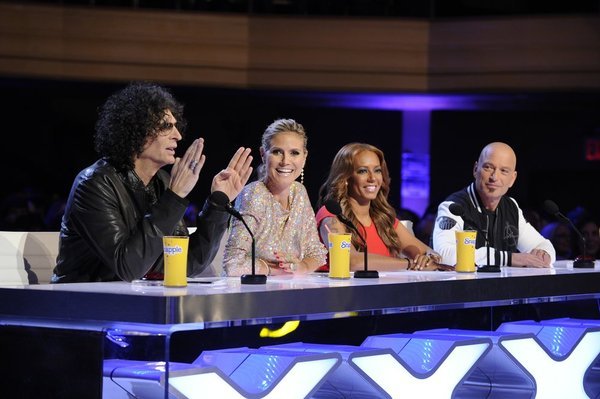 Just because Heidi Klum signed on to be a new judge on America’s Got Talent, that doesn’t mean that she has any intention of making friends – especially not with shock jock, Howard Stern.  It seems there has been bad blood between the two since 2002 when Heidi was a Victoria’s Secret model and canceled an appearance on his radio show. Since then he has kind of blown her off as an airhead with no business judging or hosting anything.

Heidi hates how Howard has made fun of her thick German accent and eating habits according to the June 10th National Enquirer. She’s also furious that when it was first announced that she would be a new judge on the show Howard didn’t publicly support her hiring. Instead when his radio side kick, Robin Quivers slammed Heidi, Howard kind of jumped on the bandwagon.

At the root of the situation is the fact that Howard thinks that looking pretty and taking great photos is more luck then talent and he thinks she’s simply not qualified to pick out real talent. Heidi fully intends to put on her best game face for the live shows that begin airing on June 4th. According to those close to Heidi, she does a great job of hiding her real feelings and fans of the show will probably think that she likes Howard.

Do you think that Heidi needs to lighten up a bit? I mean, Howard makes fun of people, he has made a career out of it! It’s meant to get a reaction. Do you think she has taken it all too seriously? Tell us your thoughts in the comments below!