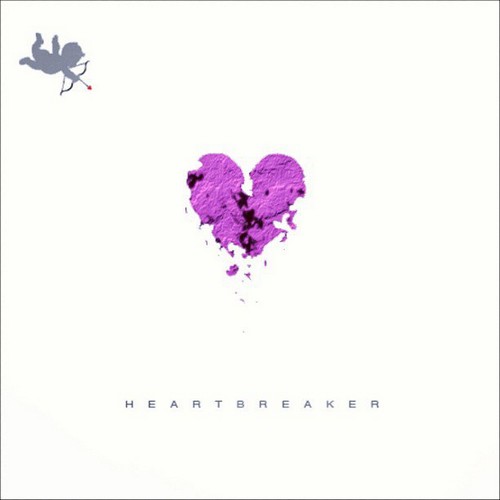 Well this is different, finally we have some Justin Bieber news that is about his career, not his bad behavior behind the scenes!  Yesterday Biebs decided to release the official artwork to promote his upcoming single Heartbreaker, via his personal Instagram account.  Justin teased his followers throughout the day, re posting the photo and suggesting they spread the word. Finally by his last post he clued them in to the fact that it’ll be his next single.

The artwork is pretty basic with a small cupid taking aim at a purple heart. There’s no official release date for the song but my guess is that it’s coming up very soon. Do you think with all of his bad press lately Justin’s career will be affected?  Will Heartbreaker be the single that just doesn’t catch on? Let’s be real here, no artist gets it right every single time and Justin is kind of due for a dud, don’t you think?

Does the way that Justin carries himself behind the scenes effect what you think of his music? I have to believe that Justin no longer has all of the pre teen moms in his pocket the way that he once did. He is clearly not Mr. Squeaky Clean and eventually that has to cost him don’t you think?

Will Heartbreaker be a downward turning point, or will the song strike gold just like all of his others have? When do you think it’ll officially drop? I’m betting early next week we’ll be hearing Heartbreaker everywhere!  Are you still a Bieber fan or has your taste evolved over the last few years?  Tell us your thoughts in the comments below!