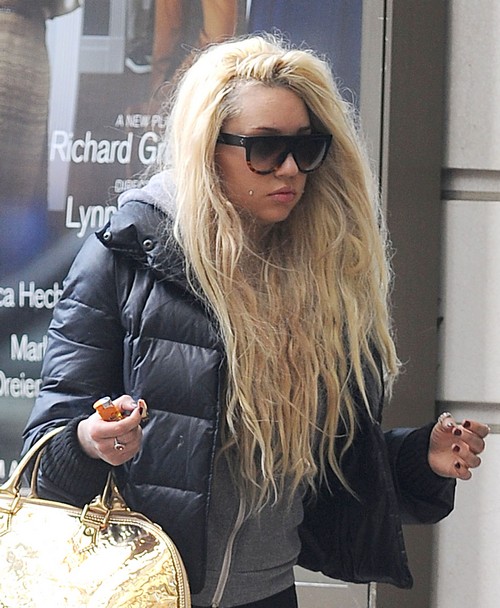 The only thing that Kris Jenner seems to like more than a challenge is money and for some reason she sees former actress, Amanda Bynes as a worthwhile investment. If crazy celebs aren’t your thing then let me clue you in to what a headcase Amanda is. Perhaps it’s the blond wig that appears to be tied in knots that she pairs with big round sunglasses or the fact that she has beent spotted in public on more than one occasion acting straight up crazy.

It could be the Twitter wars that Amanda starts with random people or the half naked, attention seeking selfies that she keeps posting. Maybe it’s the fact that she told the world that she wants Drake to “murder her vagina” that has convinced me that a little time in a nut bin might do Amanda a world of good. At any rate, according to the July 1st print edition of Star Magazine, Kris thinks that she could really help Hollywood’s most lost girl.

Amanda has had a fantasy of being a rapper and Kris thinks that maybe she can use her ties with Kanye West to bribe Amanda to get some mental help! Of course Kris realizes that there’s no way in hell that Kanye would even slightly consider doing a song with Amanda, Kris just sees it as a manipulative tool to gain control of a failing former star.

Do you think that Kris really could help Amanda to clean up her act and become a functioning person again? I’m pretty sure Kris doesn’t care so much for Amanda, it’s all about the accolades she would get for helping her to get some mental help, don’t you agree? Tell us your thoughts in the comments below!