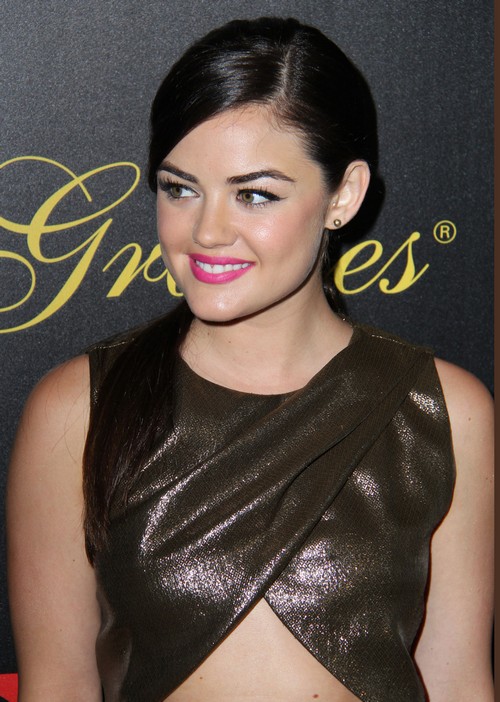 Lucy Hale definitely isn’t a Pretty Little Liar when it comes to her real-life relationships, as she reveals she’s fallen for Revolution’s star Graham Rogers. The actress gave the exclusive to Us Weekly for its July 8th issue in which she confirms her romance to Rogers by describing how his sweet and innocent personality convinced her he was the one.

It’s pretty hilarious that Lucy goes on to say that she’s gone back to the good boys because they seem to be much more loyal, and on top of that, it wasn’t like her getting into a relationship with Graham happened out of the blue; the two have known each other for years and were friends before eventually realizing they were perfect for each other.“He is such a sweetheart. We are having a good time,” the actress explained when asked about her rumored relationship to Rogers. “We started out as friends,” she then continued when talking about his personality and what eventually had her fall in love with him: “He is a good guy. And I am past the bad-boy stage.”

Yup, she said it… not us. LOLz. When she said she was over  bad boys, she was clearly referring to her infamous brief relationship to actor Chris Zylka. The two ended up on bad terms when Chris started saying nasty things about Lucy on Twitter, causing him to receive a lot of backlash, but Lucy seems to have bounced back from those days and is happily in love with Graham. He’s treating her right, he’s in the same industry as her and he’s “sweet”, so what more can you ask for?

She then told the magazine in a jokingly manner that she’s definitely had a lot of great relationships under her belt, but she’s happy with the guy she’s currently seeing. Lucy seems very sure that this time the relationship will actually last.

If you missed this week’s Pretty Little Liar episode this week, you can catch our full and detailed recap, CLICK HERE …