Madonna’s Daughter Lourdes Has Major PDA With Her Boyfriend In Front Of Her – Inappropriate? 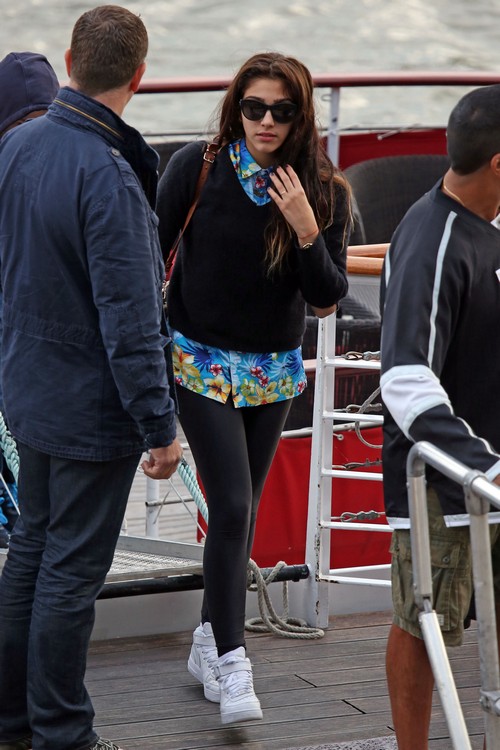 Madonna‘s daughter, Lourdes, was just as confident as her mother when she decided to make out with her boyfriend, Timothee Chalamet right in front of her… and we’re talking “crazy smooching”; the kind of kiss that makes everyone around you feel very awkward.

The teenager attended the premiere of her mother’s new concert film Madonna: The MDNA Tour with her younger brother Rocco Ritchie, before Timothee showed up to the event in which Lourdes was suddenly drifted away from paying attention to the movie by sucking off her boyfriend’s face while Madonna looked in disgust.The 54-year old doesn’t mind her 16-year old to date boys, as long as she approves of them, and Chalamet has a clean record; he’s a famous actor who stars in Homeland, he’s studying at the same performing arts school in New York that Lourdes also happens to attends, so it all fits perfectly.

As soon as Lourdes went in for a kiss with her beau, Madonna quickly turned around to avoid making the situation awkward. How weird must it be to have some kind of crazy liplock with your partner and your mom is standing right next to you. Well, clearly Lourdes carries her confidence from her mother — it runs in the family. Ha.

But this leads us to think that if Madonna is so open to have her daughter date boys and kiss in front of her, they’re probably really close and tell each other everything. Madge and Lourdes probably have that mother/daughter tight bond where they see each other as best friends as opposed to what they really are, but hey- it’s not harming the world, so why anyone judge.