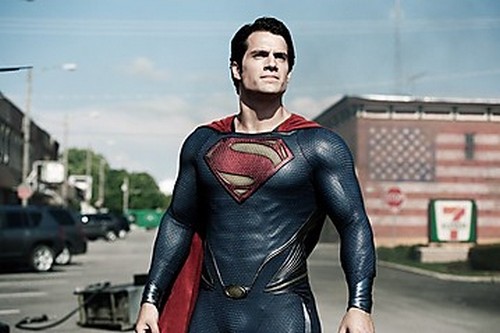 Who actually thought that Man of Steel would flop? Like, really? It’s Superman – and no matter how boring some people find him, he’s called Superman for a reason. According to estimates from Deadline, Man of Steel has broken June box office records with a record-shattering opening day as well as a number 1 domestic and international box office cume. The film is currently estimated to be at a $125 million domestic box office by the end of Sunday night, and a reported $151 worldwide.

There’s also a slight chance that the numbers spikes higher, especially with Father’s Day taking place on Sunday. A Warner Brothers executive told Deadline, “Our CinemaScore of ‘A-’ with the youngest (under 18) and the oldest (over 50) age categories both rating the film an ‘A’ should certainly generate strong word of mouth as we continue our run in the heart of the lucrative summer play time.” This is one film that is as critic proof as it gets, especially because this ‘A-‘ Cinemascore wildly differs from the middling reviews it has received from critics.

Have you guys seen Man of Steel yet? If you have, let us know what you thought about the film in the comments.