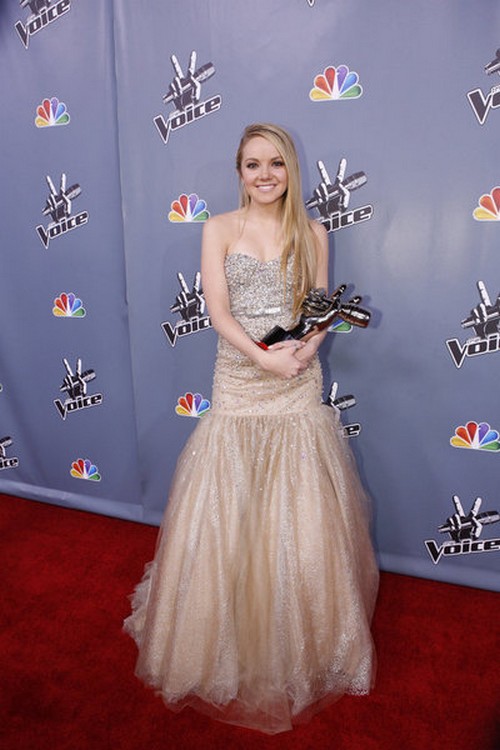 Danielle Bradbery was crowned the winner of The Voice Season 4 last night, making her the youngest contestant on the show to win the competition. The Texas-born starlet raised the roof last night, and it wasn’t exactly shocking that she won either,- though we thought Michelle Chamuel was good, Danielle was on a higher standard.

While she’s already said to be working on her debut album – which could potentially see a release later this year – Bradbery’s time on the NBC show has definitely made her more confident in herself that anything can happen as long as you work hard for it.

Remember when Danielle told viewers how she was always teased at school for having crooked teeth, well they’re probably eating their hearts out now that the 16-year old not only has straight teeth, but also has a promising multi-million dollar career ahead of her. Ha.The teenager, who grew up on Cypress, first impressed judges back at the blind auditions when she poured her heart our during a rendition of Taylor Swift’s Mean, and ever since then, the comparisons between her and TayTay have never stopped, and we can definitely see it: blonde hair, great singer and a beautiful person inside and out… well, we’re not sure about Swift, but Danielle for sure. We kid, we kid!

Bradbery, who stunned viewers with her beautiful performance of Sara Evans’ Born to Fly last night, seemed utterly shocked upon finding out she had won the competition. While we only know that she’s starting early work on her debut album, we’re sure that there are a lot of great things happening for her in the years to come!

And she’s only 16!! She’s probably relieved to have won because she no longer needs to worry about paying her college fees — she doesn’t have to go at all! She’s a future millionaire.