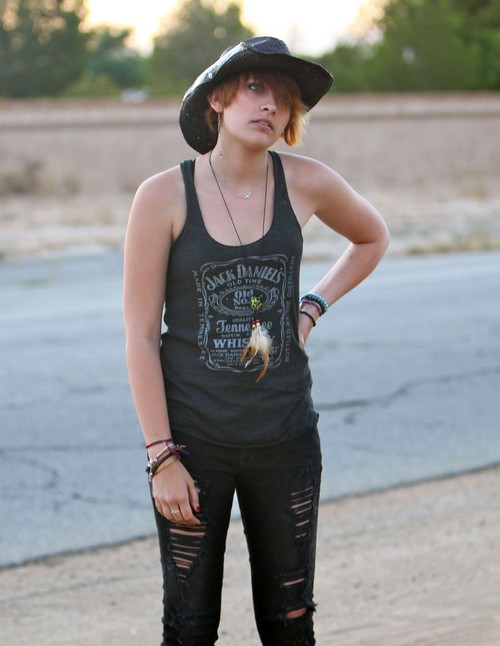 Being a 15-year old girl is never easy so I can only imagine how difficult it is to be the child of a celebrity. We told you yesterday about Paris Jackson’s suicide attempt early Wednesday morning and now some details are beginning to seep out. This poor kid has been under a ridiculous amount of stress in recent months. The Jackson family is suing AEG Live in connection with Michael Jackson’s death. They believe that AEG is responsible for hiring Conrad Murray and therefore should be on the hook for wrongful death charges since Murray administered that fatal does of Propofol nearly 4 years ago. Paris is named as a co-plantiff in the suit and has been more than a little fearful of having to testify. Until now she has been very protected when it comes to facts about her father. By being in that courtroom she will likely hear new details that she would rather not know.

According to the family Paris has also had an extremely hard time fitting in at school. She is very creative and that causes her not to fit in with a lot of the kids.  She alluded to the fact in a recent interview that she has experienced a lot of bullying but family members say that it had become nearly unbearable for the teen in recent weeks. That in itself may have caused her to slit her wrists early Wednesday morning. We’ve also learned that Paris has been severely depressed and treated for this in the time since her fathers death.

According to E! Paris is now fine physically and getting the mental help that she clearly needs. The Jackson family is also pulling together for a change in order to support and help Michael’s only daughter. Were you surprised to hear of this sad situation with Paris? Tell us your thoughts in the comments below!