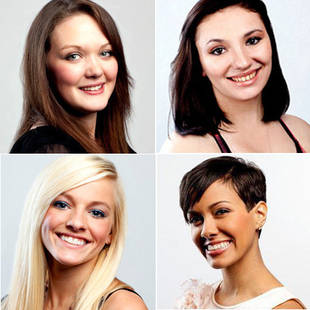 Well, on the off chance that MTV hasn’t already helped to screw up enough young girls it’s going to take a crack at messing with four new Teen Mom’s this summer!  Ironically, Teen Mom 2 almost didn’t return because its’ cast is so completely screwed up but at the eleventh hour the former music network decided to tell a bit more of their dysfunction on a weekly basis.

Mackenzie, a teen from Oklahoma who was obsessed with cheerleading  before giving birth to her son, Gannon. She’s into cowboys, riding bulls and the typical teen stuff. Katie is focusing primarily on her baby girl Molli while Briana from Florida is in awe of her daughter Nova. Alex hails from Pennsylvania and her online life seems to revolve around her daughter Arabella.

I think the real question will be how these girls choose to live their lives once MTV is lining their pockets. In the past we have seen how these reality moms totally fall into dysfunction and having the extra cash makes it easier to do drugs and drink.