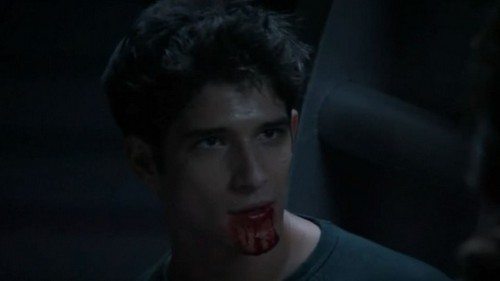 I am so excited tonight on MTV my absolute favorite show Teen Wolf airs with a new episode, “Fireflies.”  On last week’s show Lydia and Allison were getting closer to finding Boyd and Erica.

Also one of Stiles’ childhood friends went missing. Since we’ve been teased about there being a lot of deaths this season then I’d say it is entirely possible that Stiles’ friend is a little more than just missing.   So things we want to know after last week’s episode Is Erica dead or alive? Is Ms. Morell really a bad person?  How about you, what questions do you have?  Did you watch last week’s premiere episode? We did and we recapped it here for you.

On tonight’s show someone is suppose to die and a photo released of a hand dripping in blood with a purity ring is suppose to be a clue to who it is.  Who do you think is going to be killed tonight?  Our guess is Erica.  Also on tonight’s show Scott and Derek seek help from an unlikely ally.