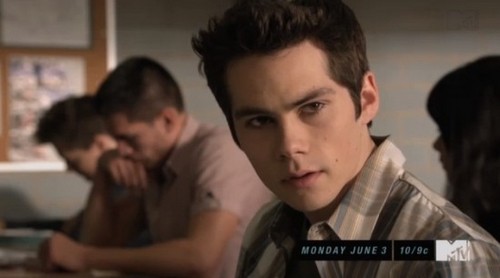 YAY Teen Wolf returns to MTV tonight with the premiere of the third season and we are excited!!!   On the last seasons finale it tied up a lot of loose ends but also left many ends still unraveled and unwound.  The numerous questions the episode raised already has us biting our extremely long werewolf nails and fearing for the future of our fave Beacon Hills monster-fighting gang.  By the time the final credits rolled, we know most of you were in a state of terror.

Not because the kanima’s face scared you half to death but because the episode, right after “resolving” the major conflict of the season, set us up for future narratives that we want to jump into RIGHT NOW! We can’t help but wonder.  Did you watch last season’s finale?  If you want to catch up, you can read our full and detailed recap here!

On tonight’s season 3 premiere, the show picks up four months after where we left off. Teen werewolf Scott McCall and his friends Stiles, Lydia and Allison begin their Junior year of high school unaware that a new threat has arrived in Beacon Hills: a deadly pack of Alpha werewolves intent on bringing Derek into their fold.  This new pack is going to be an all new cast of actors, and executive producer Jeff Davis, while he didn’t reveal much, said that there will be a set of twins in the pack. Girls? Guys? Not sure, but that should be an interesting element.