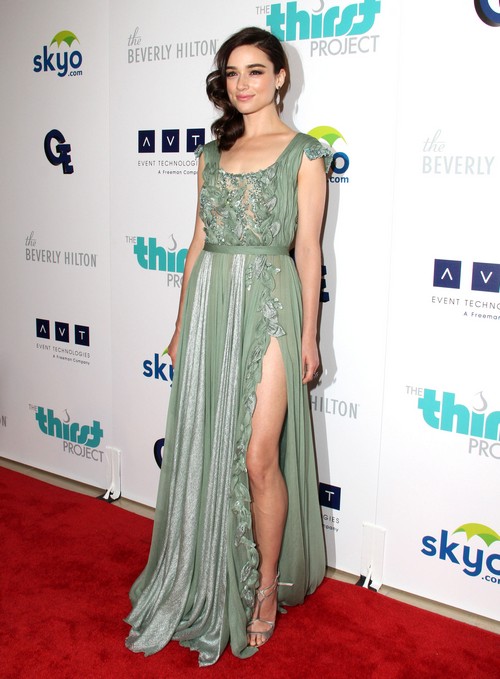 Teen Wolf starlet, Crystal Reed has admitted she’s no longer dating her MTV co-star Daniel Sharman to UsWeekly. The actress says she was upset about the break-up to Sharman, who she cared about a lot, but things seemed to have drifted them apart and eventually, they had just decided to call it quits and go their separate ways.

Though we think there must have been something that triggered the two to end their relationship, we’ll just have to take her word and believe that it was just a neutral decision that was reached due to their busy working schedules.Crystal explained to the magazine that soon after the split, she took a flight out to Paris to get herself back together and figure out what she was going to do next — she was distraught about the whole thing: “I went by myself and it was cold, but it was still really, really beautiful. I was just getting over a breakup, so it was something that just jumpstarted my singleness.”

Now, the awkward thing about this all is that out of all places, Reed decided to go to Paris – also known as a romantic city – by herself to try and piece herself back together. How odd is that? The 28-year old then further added that France may have not been the right timing for her when she decided to go, but she still loved the experience of having experienced something new: “But it is the most romantic city in the world, so it can be a little isolating. You just have to make sure that you get out and walk around and do the things you always wanted to do.”