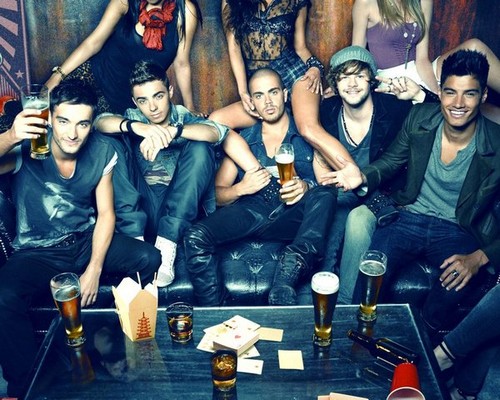 The Wanted Life returns to E! with a whole new episode called, “Fight Like A Pop Star.”  On last week’s second episode when the boys had to decide if it is the band or their girlfriends?  The band booked a gig in Las Vegas, management declared it a “boys only” bonding trip, which didn’t sit well with Siva and Nareesha.

Nareesha was not very happy about this and gave Siva an ultimatum: “If I can’t come with you, then we don’t have a relationship.”  Nathan’s visit to the doctor resulted in a shocking diagnosis.  Did you watch last week’s premiere episode?  We did and we recapped it here for you.On tonight’s show tensions among the band come to a head when they get into a heated argument over an upcoming fan event. Nathan’s medical issues have an unexpected impact on the band’s future.

Tonight’s episode 3 of The Wanted Life airs tonight at 10PM on E!  We will be covering the show and bring you all the details of the shenanigans of Max, Siva, Jay, Tom and Nathan, so don’t forget to tune in.