Did Zachary Quinto Reveal A New Director for Star Trek 3? 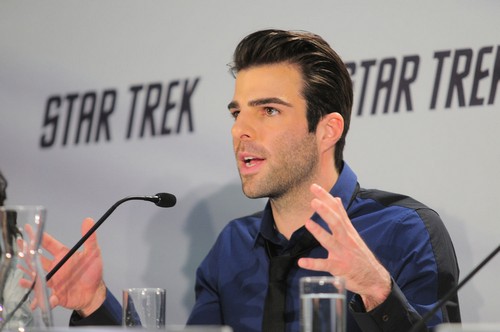 It seems “Star Trek 3” won’t be making us wait long for a new recent release. Instead of waiting for three years for the next movie, one the stars of the franchise Zachary Quinto has confirmed that shooting will begin next year.

Don’t worry resident Trekkies, the majority of the stars have already signed up for the third installment, that is all except one. There happens to be some doubt on whether the director JJ Abrams will be able to come back for the sequel. He was the one that reinvigorated the new reboot, unfortunately due to scheduling he most likely won’t be able to do another Star Trek in the near future.

Zachary explained that the upcoming movie is “- going to be made a lot quicker than the last one”. If JJ had the time he probably could have done it but he can’t speed up one movie while also trying to reboot “Star Wars”.

Both films will be shooting in 2014 and that’s not even to say they’ll be shot anywhere near each other. Despite it be heartbreaking and a little bit worrisome that the director that helped rebuild the interest won’t be able to see it through, many can’t help but to be happy at least for “Star Wars”.

The only good movie out of the last trilogy was “Episode III” and that’s only because it had Darth Vadar.