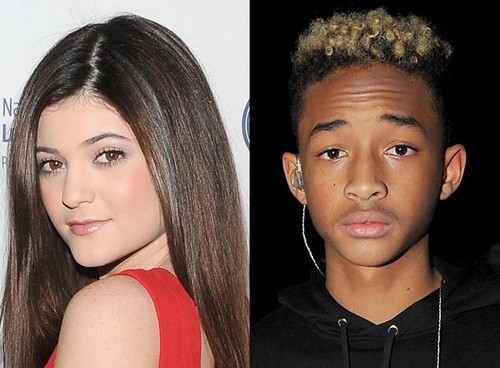 Kylie Jenner reportedly spent July 4th with her rumored boyfriend Jaden Smith. The 15-year old is said to have invited the actor over to Bruce Jenner’s home in Malibu where they hang out and played games with close friends, according to a report from the Daily Mail.

The two have been linked together ever since Kylie flew out to London in February to support Jaden as the opening act for Justin Bieber’s tour in London; she was later on spotted with him at a restaurant in New York City, she also attended the premiere of After Earth with the Smith family AND she’s constantly pictured with him holding hands. That’s enough evidence right there, don’t you think?

A source tells the British newspaper that while Kylie went for a swim with her sister Kendall Jenner, Jaden tried to make himself look like a big boy when he saw photographers snapping pictures of him; he supposedly pretended to smoke a cigarette as he posed for the cameras. [PHOTO HERE]Meanwhile, his girlfriend seemed to have had such a good time with her sister and her beau that she felt the need to let it be known on Twitter when she wrote: “Amazing fourth. Couldn’t be more thankful for the people around me x.” No word on why the two are still trying to hide their relationship from the public, but we guess it’s better to be it private than have everyone know about it.

The two were last seen catching a screening of World War Z in Calabasas last week; they were holding hands but as soon as they saw fans snapping photos of them, they acted like they were total strangers towards each other and left the building separately  Maybe Jaden’s parents aren’t happy that he’s spending time with a Kardashian/Jenner?

Enjoy Some Delicious BBQ Recipes on behalf of Monsters University