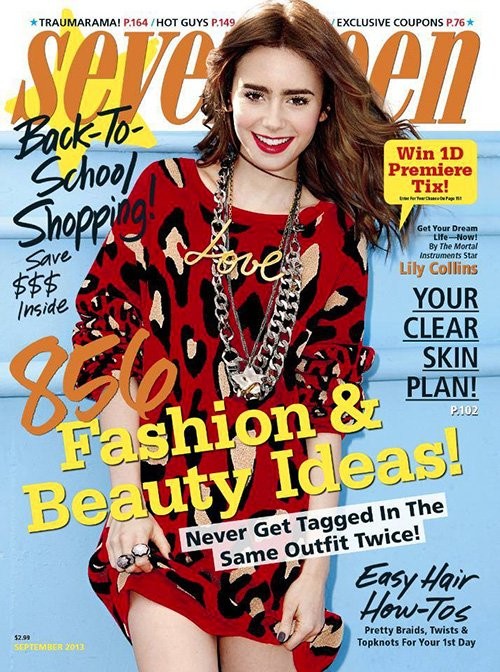 Phil Collins’ daughter Lily Collins graces the cover of the September 2013 issue of Seventeen Magazine.  In the interview Lily dishes to the magazine about her love advice and having a famous father.  Check out the highlights below:

ON HER FAMOUS DAD, PHIL COLLINS – “My last name may have opened doors, but I have to keep them open.”

LILY’S LOVE ADVICE – “My advice for girls who are waiting for their Prince Charming is to be open for anything. Be open to new experiences, be open to the idea that it may take longer than you want, but if you’re open to meeting new people and new adventures, then love will come along.”

Lily is set to star in the first film adaptation of the New York Times bestselling “The Mortal Instruments” novels by Cassandra Clare, playing Clary Fray.

For more on the interview, head over to Seventeen.com