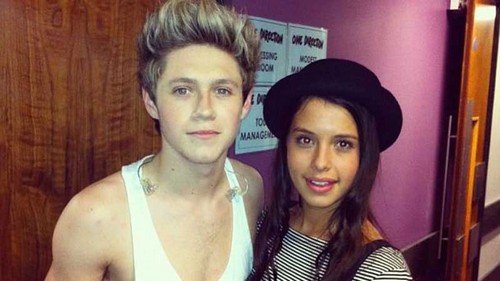 Niall Horan has reportedly ended his relationship to model Zoe Whelan.  Sources say that most of the blame for the couple’s split is being put on Horan’s management company, who pressured the 19-year old to end things with Zoe due to the fact that he was always on the road and being in a long-distance relationship whilst on tour would stress him out.

Niall first started seeing Zoe back in April; the two were insuperable for the first few weeks and the One Direction truly felt she was the one (by even taking her to his brother’s wedding), but due to the fact that they haven’t seen each other in such a long time, it was a decision that had to be made, seeing that they never had time for each other.

An insider tells The Mirror that whilst the group’s management company put a lot of pressure on the former X Factor contestant to split up with his girlfriend, it was for the best in the long run because they just need him to focus on the current world tour that they’re on and worry about relationships and girls afterwards.“It is all over for Niall and Zoe and it is completely because of his side of things. Obviously, it was always going to be hard to have an ongoing relationship when his job has him traveling around so much, but there’s been no push from Niall to keep things going at all and [he] has told Zoe it is over by completely blanking her,” the source shared with the British newspaper.

It was also mentioned that Zoe’s career has skyrocketed from her relationship to Niall; she’s now being booked for many modeling gigs and will be traveling to different countries in the following months to further her career. So in the end, though it didn’t end up working out between the two, Zoe has a much more successful modeling career under her belt, so at least she got something out of their brief romance, right?