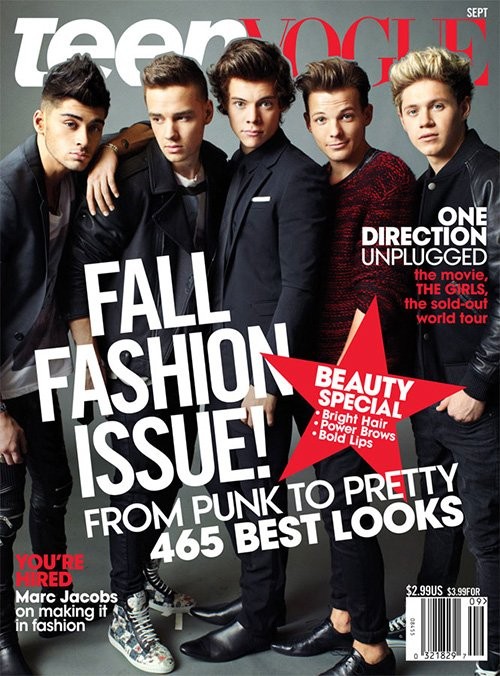 One Direction won itself a cover on Teen Vogue and we all know what that means; interview.

The British pop group is covering the upcoming September edition of the magazine and they were able to talk and promote their documentary “This Is Us” which never fear you didn’t miss it. The movie is set to release August 30. Is the interview all about promotion? Who knows and who cares. That’s what selective hearing is for.

The interviewer was asking the group about the more important question. Girls? I don’t believe Louis tried to use his thought on the road to send out Girls Wanted Posters but it sure sounded like he did. He was asked about life on the road his reply was “It could definitely be a lonely job. I wouldn’t be able to do this if I were on my own.” Did this or did it not elicit an “AWWW”?

But he really should not say the other boys provide him company. That leaves so much room for bedtime jokes.   The next piece of tidbit and this one to all of Liam’s fans is when Liam described what he’s looking for in a girl.

“I like cute, quiet girls. My deal breaker is if they’re a bit too in-your-face – then I just can’t deal with that.”

In other words throwing your underway on stage will not attract Liam to you. He wants to be the chaser so ladies put on your running shoes.  If there was more to this interview then all I can say is I didn’t hear it.