One Direction Dishes Why They Are Not The Typical Boy Band 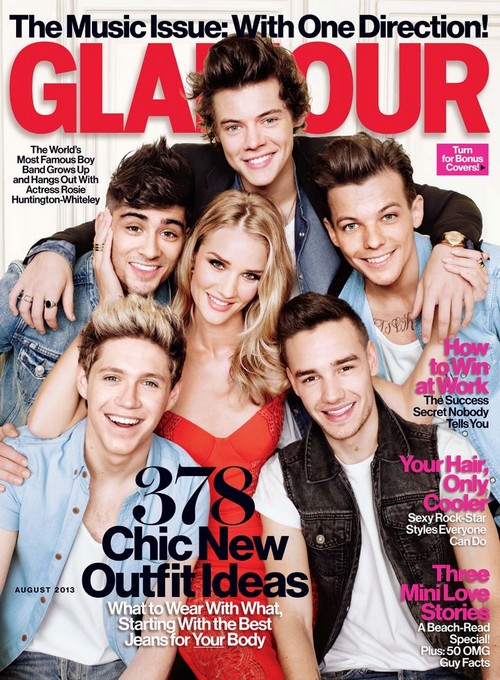 With their concert movie just a month away from hitting theaters, One Direction are continuing to work hard on their world tour, yet still found time to do a fun-filled photo shoot with GLAMOUR magazine last month. The boys who are covering August’s issue had a lot of dishing to do with the mag as they discussed relationships, their rise to fame and constantly being in the spotlight.

While we’ve been fed with dozens of stories about Harry Styles’ infamous relationship with Taylor Swift, we’ve also heard about Zayn Malik being unfaithful to his girlfriend of two years Perrie Edwards, while Niall Horan was said to have allegedly dated Demi Lovato. So the boys really do know how to cause controversy in the media, by the look of things, but none of them are fazed by it.The British lads tell GLAMOUR that being famous and constantly being judged and adored by teenage fans makes it hard trying to live your life the way they want to; whenever they make a mistake, it’s all over the media. Or when Harry – for example – goes out with a female friend for lunch, it’s immediately made out like he’s dating the woman, making him look like he doesn’t know how to keep just one girl at a time. Ha.

See below on what the boys had to say on fake stories, relationship drama and being in the public eye 24/7, below:

Harry Styles: “People who know me know what’s true and what’s not.”
Niall Horan: “For me, it’s not a massive trade-off. We’ve always wanted to do this, so we’re not complaining.”
Louis Tomlinson: “I think you have to keep your feet on the ground. I’m in a relationship [with Eleanor Calder], and it’s completely fine.”
Liam Payne: “Yeah, it’s something that is quite hard — people being a bit rude to [ex-girlfriend Danielle Peazer] on the Internet. And it’s a challenge having a relationship on the road. Credit to anybody that does it, really.”

Catch the issue on sales now!

Enjoy Some Delicious BBQ Recipes on behalf of Monsters University