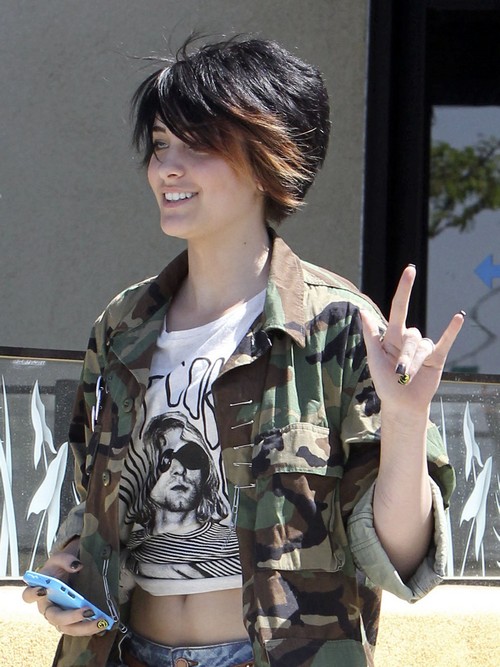 Paris Jackson found it difficult to share how she was feeling and kept things bottled up. The troubled 15-year old almost took her life last month after having cut her wrist with a meat cleaver, the incident was so bad that her entire arm needed medical attention.

It’s been almost a month since she’s been at the UCLA hospital, and her family are still worried that Paris could potentially pull another suicide attempt due to suffering from depression. Paris was not only being bullied at her school in California, she was also receiving all types of threats and disses on  Twitter and Facebook.

Whenever she read a mean comment about herself, she would generally respond in a nice manner.  On the inside Paris was hurting and feeling upset and never shared those feelings.  She did not understand why people who didn’t even know her were saying mean things to her, it really started to bother her.  A source shared Paris’ troubling few months by saying: “Paris took her father’s death really badly. She holds her feelings inside and it all gets on top of her.”

Whether or not Paris will get herself back into a better mind set is still questionable because once the damage has been done, it’s hard to forget about the things that people  have done or said. But with the help of Debbie and the rest of the Jackson family, Paris will most likely have a speedy recovery sooner than later. We wish her the best of luck.